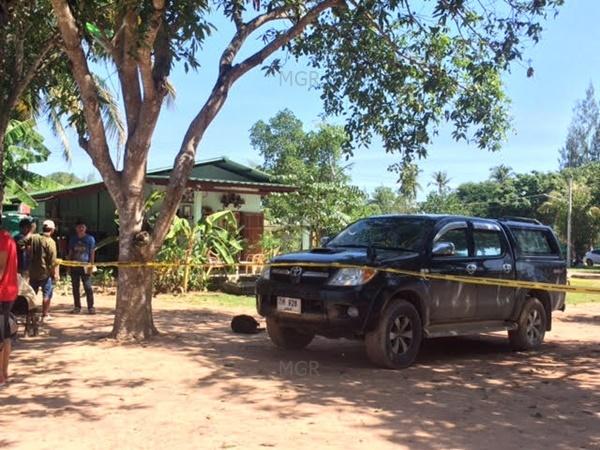 CHA AM:– A 64 year old Swedish man was found shot dead at his home in Cha Am, Phetchaburi on Monday morning, local police have confirmed.

Officers were called to the Kennel Scandinavia, a dog kennels and cattery, where they found the body of Lars Frofjord [name transliterated] lying in the kitchen.

Investigating officer Pol Lt Natchare Siriwan said the man had been dead for more than 24 hours.

An employee at the kennels, identified as Paitoon Katesong said he found the body of the victim at 8:30am on Monday morning, which is when he called the police.

Police said the victim is well known in the area and had operated the kennels for a number of years, having previously worked as a police dog handler in his homeland.

Police also said they believe that he was shot while using his computer and as he tried to escape through the kitchen window was shot again and killed.

Manager Online reported that police added they believe the man’s murder was the result of a personal feud, saying that he had argued with neighbours many times in the past.

He was also involved with a lengthy conflict with his former Thai wife, it was claimed.